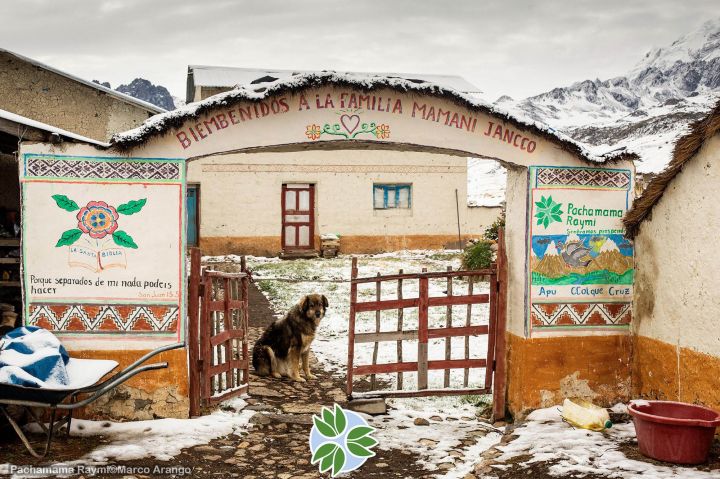 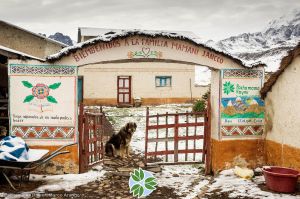 In November 2015, the Pachamama Raymi methodology was undertaken in the Marcapata district, which is located in the Quispicanchi province of the Cusco region. And thanks to the donation of Ms. Linda Jacobs, the work of the Pachamama Raymi team and the support of the municipality of Marcapata has been sowing prosperity in the district.

Currently in Marcapata, 445 families from 12 rural communities participate, representing 89% of that population. Four contests have already been held in the district, and from 2016 to December 2017 around 70% of the participants already live in better conditions thanks to the improved homes, which are clean, tidy homes without smoke. The theme of preventive health is also being worked on, where 65% of the population has had a diverse family garden, 46% already have parasitic control of their animals and 60% already have hygienic baths and in good condition . Figures that we plan to increase until the end of 2018.

In the economic sphere, family businesses have been developed, such as the business of guinea pigs, alpacas, sheep and others. And currently 13% of families participating in the project already have a thriving business that motivates and shows that it is possible to get out of poverty and develop using the potential that each community has.

Throughout the project, the farmers in Marcapata have planted more than 980 thousand timber trees such as pine, tall cedar and other native species.

Cedrela angustifolia is its scientific name, its common name is "highland cedar." It is a native species belonging to the mahogany family that grows in areas between 2,000 and 3,500m high.

Its wood, of high commercial value, can be used from 20 to 25 years

Unfortunately, it is currently on the Red List of Endangered Species of the International Union for the Conservation of Nature (IUCN).

With our recovery program of the Andean Cedar we have achieved in Marcapata 20 hectares of cedar planted in 40 family plots.

6th contest and award in Marcapata

Marcapata, a district with enormous ecological diversity and wonderful people, where the joint work between families, communal presidents, peasant juries, the District Municipality and Pachamama Raymi has been planted prosperity for three years and the harvest is already underway.

300 of the families and communities have improved their homes; now they have orderly kitchens without smoke, shelves and ecological refrigerators. The house has a water system in good condition, a family sanitary landfill, a vegetable garden, etc. All this will prevent illness and give a healthy life to the family.

70 families in the communities of Chimpa Coccha, San Lorenzo, Raqchi Pata and Layampampa have planted 40 thousand avocado trees, at an average of 400 avocado trees per family. With this they will have an income of 3 thousand soles per month per family.

980 thousand timber trees have been planted throughout the district. The rate of seizure is greater than 90%. In total to March 2019, 1.5 million trees will have been planted, of which more than 50 thousand will be highland-cedars  and the rest 3 varieties of pine (Radiata, patula, pseudostrobus).

The inclusion of the elderly and disabled in the benefits of the prosperity of families and community is a reality in Marcapata.