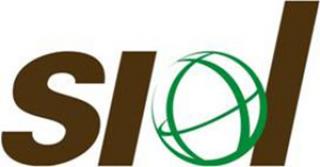 SID is an NGO based in the United Status. It started its activities from La Paz, Bolivia, working on democracy in local governments during the early nineties, under the management and direction of Charles Patterson. Willem van Immerzeel met him at a cocktail party at the residence the Netherlands Representative in La Paz (Jos Bult, who years earlier, was co-Director of PRODERM, where he had approved the precursor of Pachamama Raymi.…). Willem found Charles to be interested to see a bit more of PAC-II. They visited the area of Patacamaya in the Bolivian highlands, where Willem had already introduced Pachamama Raymi. On that basis, Willem assisted Charles in writing a proposal to start similar activities.

Charles (SID) managed to get this project financed only some years later, when POST-PAC-II was shutting down operations. Charles could thus hire the complete Pachamama crew of PAC, including Abraham Borda, who had managed the training section of (Post)-PAC-II. Luella van Turnhout, who had come to PAC-II as a anthropology student, had become part and parcel of the ex-PAC staff. She specialized in writing proposals based on Pachamama Raymi (or Pachamaman Urupa in Bolivia). She had come a long way since her fierce opposition to the methodology.

The way people get involved, by the way, is an interesting aspect. It is found that those offering no resistance to a new idea are the ones that drop it just as easy as they picked it up. The fierce opposition is a more reliable base of (future) enthusiasts. That’s why opposition is much preferred when introducing an innovation.…

Mr. Valdivia, those kilometers are meters, it seems…? When SID-Bolivia presented its experience and results with Pachamama Raymi (including, for example, “326 kilometer of irrigation canals, 3487 kilometers of infiltration ditches”) an incredulous international audience, gave him their assessment of supposing there was something wrong with the data. It was during the presentation of “Strategies to reclaim the Bolivian highlands”, by José Baldivia Urdininea, for the international workshop: “Successful experience with poverty mitigation, horizontal cooperation in Latin America and the Caribian”, UNDP-World Bank, Interamerican Foundation. Available on line at www.condesan.org/memoria/BOL0298.pdf or right here (pdf).

Mr. Baldivia answered: “No sir, the numbers are correct” and concluded: “The huge efforts of the farmers, inspired by the contests, produced amazing results, which are some 1000 times more than conventional projects are used to. Our farmers did so much, motivated by a modest prize for the best, and because they had seen the results others had obtained. The other projects could not believe our results”

In 1998, SID-Bolivia was awarded a prize for being one of the most successful projects in Latin America, in a contest organized by the World Bank, the United Nations, UNDP and the Inter-American Foundation.

SID-Bolivia also obtained the prize for innovation in a world-wide contest (pdf) of innovative project ideas “Development Marketplace”, held in Washington, in May 2005.