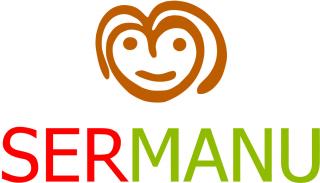 In 2006 SERMANU signed an agreement with DEXCEL-Peru. SERMANU is an organization of 66 rural and indigenous communities surrounding and within the Manu National Park. Most of these communities are within the buffer zone of the Park. The first activity was the Program to Promote Quality of Municipal Management, including organizing debates among the candidates of the different local governments. Besides, the project for eradicating poverty in 7 districts was started in August 2006. This project is implemented in Challabamba, by DEXCEL-Peru and funded by DEXCEL-International. The project includes a number of actions to eradicate poverty, including: preventive health care, education, improved natural resources management, as well as strengthening of cultural identity.

The methodology of Pachamama Raymi is used. Its contents include all relevant aspects of poverty eradication. The amazing results of the first half year show the potential of the methodology Pachamama Raymi, as never before. Many different issues were included in the program, obtaining great progress in most. For example, over 80% of the total population participated, while 60% of the families constructed latrines, improved their houses, etc. See testimony (pdf) and pictures (pps).

The Project with SERMANU is quite special, as its financing allows the methodology Pachamama Raymi to be implemented without the need to make concessions and include elements of conventional methodologies. Besides, it is the first time that such a great number of innovations are included, to be adopted simultaneously (see the Rules and Regulations (pdf) and a rigorous and very detailed monitoring system (xls) is used.

The project is extended to three districts from august 2007 and is financed by the Dutch NGO "Leren van Elkaar", which only finances projects using Pachamama Raymi.